JESUS ASKED: Why Do You Involve Me? 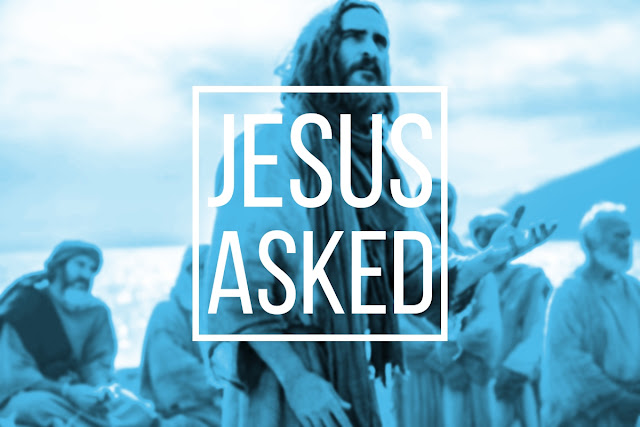 There's an interesting little exchange between Jesus and his mother which led up to his first recorded miracle in the Gospel of John:

On the third day a wedding took place at Cana in Galilee. Jesus’ mother was there, and Jesus and his disciples had also been invited to the wedding. When the wine was gone, Jesus’ mother said to him, “They have no more wine.”
“Woman, why do you involve me?” Jesus replied. “My hour has not yet come.”
His mother said to the servants, “Do whatever he tells you.”
Nearby stood six stone water jars, the kind used by the Jews for ceremonial washing, each holding from twenty to thirty gallons.
Jesus said to the servants, “Fill the jars with water”; so they filled them to the brim.
Then he told them, “Now draw some out and take it to the master of the banquet.”
They did so, and the master of the banquet tasted the water that had been turned into wine. He did not realize where it had come from, though the servants who had drawn the water knew. Then he called the bridegroom aside and said, “Everyone brings out the choice wine first and then the cheaper wine after the guests have had too much to drink; but you have saved the best till now.”
What Jesus did here in Cana of Galilee was the first of the signs through which he revealed his glory; and his disciples believed in him.
(John 2:1-11)

My wife does this thing where she makes a statement, but I'm supposed to know that she's actually making a request or telling me to do something. That's kind of what Mary does with Jesus here. She notices that this newlywed couple have run out of wine for their guests. **May we all be more like Mary, noticing when others are in need.**

She points out the fact to Jesus, and he asks her, "Why do you involve me?"

Whoa. What's Jesus doing here? Is he refusing? Is he arguing, or "talking back?" He tells his mom that it wasn't his time yet. But does she listen? Nope. She tells the servants to do whatever Jesus tells them.

I think that's a legitimate question for all of us. So many times our prayers are full of requests - for healing, strength, comfort, forgiveness, for a good day, for our needs being met, for our presentation to be successful, for our car to get fixed on time, for our sports team to win, etc.

Let's be honest. Jesus didn't have to do anything at the wedding. I'm sure they could have found more wine somewhere else. Or they could have just owned up to the embarrassment and done without. This wasn't exactly a life-saving or life-giving miracle.

But do we really need the divine power of the Messiah in order to have a good day? Or to do well on our test? Or to recover from a head cold?

Jesus didn't need to step in and save that party, but I think he wanted to. Mary knew what he was capable of and gave him the nudge to act. Jesus' involvement at the wedding changed everything. And I think that's a point to remember.

The fact is that atheists and non-Christians can live a fulfilling life without Jesus. I want to name that. And just because we are followers of Jesus does not guarantee any level of comfort or enjoyment in life. God causes the sun to shine and the rain to fall on both the just and the unjust. Yet in the US everyone wants to have Jesus on their side. They want to involve Jesus in their political and religious and social agendas. What would Jesus do? Who would Jesus vote for? What would Jesus drive?

I don't want to make sure Jesus is on my side. I want to be on the side of Jesus. I want Jesus involved in every aspect of my life, guiding my way and calling the shots. And Jesus wants to be involved. That's why he tells his disciples toward the end of John's Gospel that it's better if he leaves them. After his resurrection he would send the Comforter to them. The Spirit living in them would allow them to do even greater things than they had seen Jesus do.

There is nothing too big or too small for Jesus. The one who controlled the weather and raised the dead also gave partygoers more wine and washed feet.

Do not be anxious about anything, but in every situation, by prayer and petition, with thanksgiving, present your requests to God. And the peace of God, which transcends all understanding, will guard your hearts and your minds in Christ Jesus.
(Philippians 4:6-7)

Now to him who is able to do immeasurably more than all we ask or imagine, according to his power that is at work within us, to him be glory in the church and in Christ Jesus throughout all generations, for ever and ever! Amen.
(Ephesians 3:20-21)

"Why do you involve me?" Jesus asked.

Because life is better with Jesus involved. You may never know what will happen.