Male and Female: Whose Church Is It, Anyway? 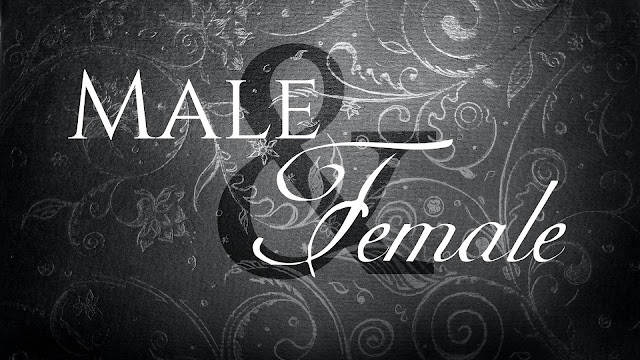 Full disclosure - I am Church of Christ born and bred. I went through the entire program. I was born to faithful, active parents. We were at church every time the doors were open. I went to private Church of Christ schools from 1st grade through college (Jackson Christian School, Columbia Academy, and Harding University). I have worked as a full time youth minster and worship leader in two different Churches of Christ over the past 8 1/2 years.

I can totally relate to Paul in Philippians 3 when he is listing off his resume. Oh you want to talk religious cred? How bout them apples? Paul says he was a “Hebrew of Hebrews.” Well, I guess that would make me… CoC of CoC. Paul’s point in saying all that was to affirm his right to criticize the Jewish fundamentalist movement in which he was raised. He isn’t coming at it as an outsider. He has an insider’s perspective, and he can tell you that the whole system was bankrupt.

So when I speak about church, my perspective is from the Churches of Christ. As a life-long member, well-indoctrinated student, and full time employee, I think I have some things to say to and insights to offer my fellow Church of Christ members and leaders.

WHO RUNS THE CHURCH?
If you asked any random member in the pews, “Who runs/leads the church?” I bet they would answer, “The elders.” Sometimes they’re called shepherds or overseers. It’s a group of men whom the church has appointed or voted on. They have certain “qualifications" they must meet (based on 1 Timothy 3 and Titus 1), and they get the final say on everything that happens in the church. The elders hire the preacher and other ministers. The elders make the financial decisions. The elders get to say on what does and does not happen in worship assemblies. The elders pick the teaching curriculum and often are teachers themselves.

As a minister I work with the elders, not for the elders. The elders in Ephesus and Crete weren’t intended to be Timothy’s and Titus’ bosses or board of directors. They were to be co-workers for the kingdom, servants of the church. I’m not ultimately answerable to the elders - I’m ultimately answerable to God. My job as a teacher/minister is the only one that comes with a warning label in Scripture (James 3:1). When it’s all said and done, I’m not that concerned about what a group of men think about me. My primary concern is to hear, “Well done, good and faithful servant.”

What does this have to do with our discussion of men and women in the church?

Whenever we’re having these discussions, it almost always comes down to the precedent of what we see women actually doing in the Bible. Can women preach? Lead public prayers? Read Scripture? Lead worship? Pass or even preside over communion? Can women be ministers? Can women be deacons? Can women be elders?

I guess my question in response is…Who gets to say?

Well, if Christ is the head of the church, and there are certain functions and tasks within the church, then…it’s Christ. Christ appoints. Christ calls. Christ empowers.


So Christ himself gave the apostles, the prophets, the evangelists, the pastors and teachers, to equip his people for works of service, so that the body of Christ may be built up until we all reach unity in the faith and in the knowledge of the Son of God and become mature, attaining to the whole measure of the fullness of Christ.
(Ephesians 4:11-13)

Paul says that Christ gave these tasks, these roles, these callings. And we have precedent of both men and women filling each of these jobs within the early church. Women were apostles and prophets and evangelists and teachers. The only one I’m not quite sure of is that word translated “pastor.” It can also mean shepherd.

So we have two options with that. Either 1) Paul is including one male-exclusive role in a list with four other gender-inclusive roles without signaling that in any way, or 2) there were female “pastors” that we just don’t have specifically mentioned by name in the New Testament canon. Although, house church leaders would be very close to that role. And frankly I am unaware of any man specifically mentioned as a “pastor” either.

LEADERS OR SERVANTS?
The word for “elder” or “overseer” in 1 Timothy and Titus is a different word than is used in Ephesians 4. When writing to Timothy and Titus, Paul uses the word “Presbyter.” That wasn’t necessarily a leadership role. It was often more of a “wise counsel” position. These were older Christians who could offer guidance, wisdom, insight, and counsel. They were the spiritual heart of the church. And yes, this group of elders/overseers seems to be made of men.

However, I do want to make a few points. First, these men were expected to be married. Paul has a weird relationship with marriage. At times he seems to disregard it as an unnecessary hindrance to the spreading of the gospel, and at other times he seems to hold it in high esteem. Sometimes married couples are at a disadvantage, other times it’s a state of privilege. Regardless, Paul seems to encourage married couples to do ministry together. A couple examples are Aquila and Priscilla, and Andronicus and Junias. So when Paul says that an elder should be faithful to his wife, who’s to say she couldn’t be right there with him, serving alongside him?

Second, I’d like to think that what we have called “qualifications” are more “qualities.” And these qualities and virtues which elders are expected to embody should really be goals for all believers. Every single disciple should aspire to be above reproach, faithful to their spouse, temperate, self-controlled, respectable, hospitable, able to teach, not given to drunkenness, not violent but gentle, not quarrelsome, not a lover of money, able to manage their own household well, and to have a good reputation with outsiders. That’s quite a list! I don’t know of anyone who fits the bill perfectly. But these are all qualities that every Christian should work toward. Then we would all be qualified to offer wisdom and guidance.

Third, desiring to be an elder is noble, but desiring power is not. Anyone who is power hungry should automatically be disqualified from a position of church leadership. After all, our ultimate example of authority and leadership is Christ. Christ is the head of the church, not the elders, not the pastor, not the preacher, certainly not the youth minister. When we let a desire for power infiltrate our leadership, that’s a recipe for disaster. That’s exactly what was happening in 3 John. A guy named Diotrephes took it upon himself to exert undo power and authority in the local church. He was sowing division and discord. John calls this power play evil.

Remember the words of Jesus to his disciples when they were bickering about who was “the greatest” among them:


Jesus called them together and said, “You know that those who are regarded as rulers of the Gentiles lord it over them, and their high officials exercise authority over them. Not so with you. Instead, whoever wants to become great among you must be your servant, and whoever wants to be first must be slave of all. For even the Son of Man did not come to be served, but to serve, and to give his life as a ransom for many.”
(Mark 10:42-45)

Here’s the point in all of this. Christian leadership is not like leadership in the world. “Elder” is not a position of authority over anyone. It’s a position of humble servant-leadership, it’s a downward step. Jesus, in the greatest show of service, washed his disciples’ feet. Then he tells them that the servant is not greater than his master. If Jesus washed our feet, we also ought to wash one another’s feet. Christ is the head of the church. The rest of us are just servants. Anything else is evil. Anything else is of the world. Anything else is from Satan.

HOW MAY I SERVE YOU?
So when we ask, “Can women have leadership positions in the church?” we need to reframe our understanding of leadership. Yes, of course, the church needs people who can help make decisions, cast vision, teach, inspire, and make sure the building gets locked up after services. But we have come to view “elders” and “deacons” as some gender exclusive leadership role with authority to wield over others. That view of leadership could not be further from the intention of Christ. Our job is not to call all the shots and get into this continuous power struggle. That’s old creation business. In the New Creation, Christ has given us - all of us - apostles, prophets, evangelists, pastors, and teachers in order that the whole body may be built up toward love, unity, and good deeds.

Instead of “Can women have leadership positions in church?” we should really be asking, “Can women serve in the church?” To which the answer, I think, is a resounding YES. There is no “male and female.” The curse of the power balance has been lifted. We should no longer fight and struggle with each other as the world does. Instead, we should show the world what it looks like to embrace the freedom of downward mobility and servant-leadership.