Are You Sure You Want to Restore the Church to Its Factory Default Settings? 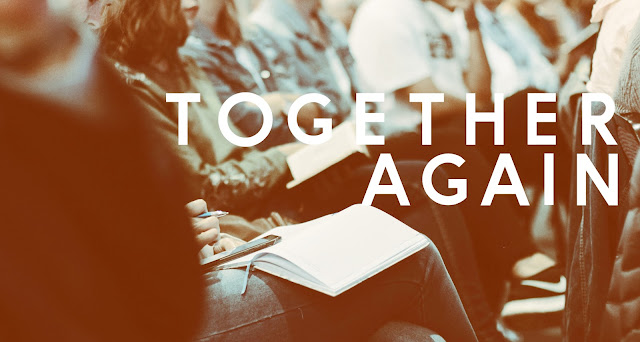 Do not say, “Why were the old days better than these?”
For it is not wise to ask such questions.
Ecclesiastes 7:10

But one thing I do: Forgetting what is behind and straining toward what is ahead, I press on toward the goal to win the prize for which God has called me heavenward in Christ Jesus.
Philippians 3:13-14

As churches across the nation prepare to open back up (or have already opened as is the case for some), one thing I think church leaders need to be intentional about is leading the church into the future. There are going to be far too many members who just want to "get back to normal," as if "normal" was a good state to be in. We can't go back, and we must not foster an unhealthy nostalgia for the past. Not everything was bad, but I'm sure it was far from perfect.

There is no going back. There is only the present and the future. So the questions I'm wrestling with, (and am inviting you to tag-team with me) are:
What are some things that need to st…
Post a Comment
KEEP READING >> 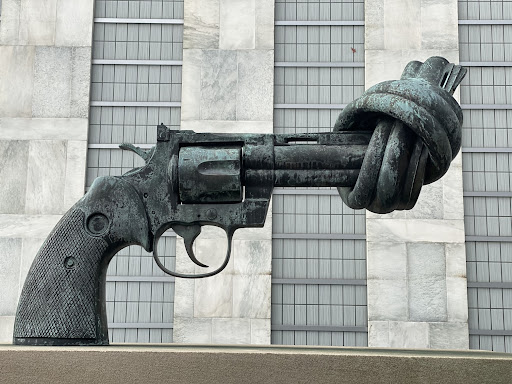 Any time there is a shooting of an innocent person or people in this county, we always hear the same talking points. There are those who claim guns are the problem and want to use the emotional momentum to spur on the debate over gun control policies. Then there are those who want to shut down all the discussion and accuse the other side of "politicizing" the tragedy.

After all, "guns don't kill people." It's not a gun problem, it's a heart problem. (Says the only country in the industrialized world with this level of gun violence.)

One common "argument" I hear, read, and mostly see in memes goes something like this: If guns kill people, then this pencil misspelled the word and this spoon made me fat.

I get it. We want the human responsibility to take front and center. A gun, after all, is just a tool. Well, a weapon actually. Its only function is to harm, maim, or kill. If it's a tool, then it is a tool made for violence and destruction. 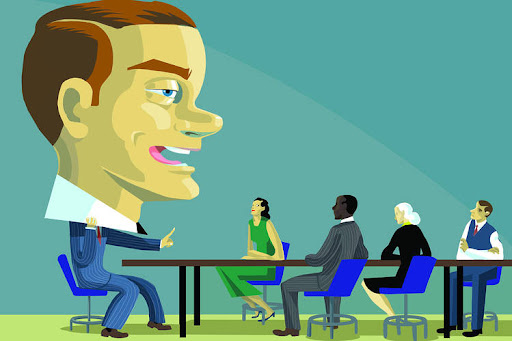 The more I learn about cognitive biases and see them in myself and others, the more frustrated I get when others just go on blindly following the faulty "logic" in their brains. How could they NOT KNOW? How could they not WANT to know? It's hard for me to put myself into the shoes of someone else who doesn't know what I know.
And that's called the "curse of knowledge" bias. It's like once you see something and you can't unsee it (like a "face" in your favorite chair), but then you show it to someone else and they just can't see it. They don't have your perspective, and you can't see how they can't see it!
Or like those Magic Eye 3D Images from back in the day? If you looked "through" them, or crossed your eyes, or took your gaze ever so slightly out of focus, a 3D image would suddenly pop out of an otherwise abstract, staticky looking page. But once you see it, you can't unsee it. And you can't really re…
Post a Comment
KEEP READING >>

Reentry: How Pain, Roots, and Rhythm Guide Us from Darkness to Light by Josh  Ross
My rating: 5 of 5 stars

When I started reading REENTRY, I was preparing for a Wednesday night youth group class series about mental health issues. I wanted to be hope-filled in my approach to teaching these students about the different disorders, symptoms, treatments, etc. Little did I know just how relevant this book would be for the year 2020.

Though it was published in 2017 and prominently features a trip to Barrow, Alaska, that Josh made in 2014, the lessons he learned and shared are more timely now. Everyone is in the same situation. We are currently in the midst of a global pandemic with now clear end in sight. But we know we will get through this. The question is, what do we do once we're on the other side of this thing?

Josh learned that for the citizens of Barrow, the months of darkness are not the hardest part of the year. The greater challenge is when the sun comes back over the horizon, th…
Post a Comment
KEEP READING >> 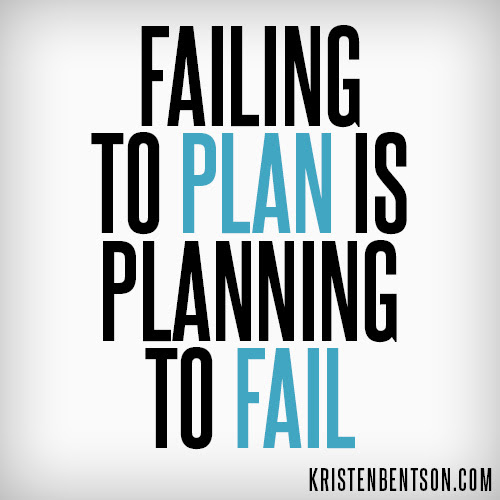 It's nearly certain that by now (May 13, 2020) you know someone who has contracted COVID-19. You've seen the numbers and the statistics. Millions have tested positive, tens of thousands have died - but that all happens to someone else.
The Optimism Bias causes us to believe that even though bad things happen to other people, we are somehow safe or protected from the risk for some reason. Our house would never get hit with a tornado. I'm a safe driver, I would never get into a fatal car accident. My child would never get cancer.
We underestimate the risk we face for certain negative outcomes and therefore fail to prepare or take necessary precautions - like forgetting to buckle up, or neglecting to change the batteries in our smoke detectors, or....not wearing a CDC-recommended face covering while in public during the pandemic.
I am the first to admit that we shouldn't live our lives in fear of what could or might happen. It can be absolutely crippling to let our worry and…
Post a Comment
KEEP READING >> 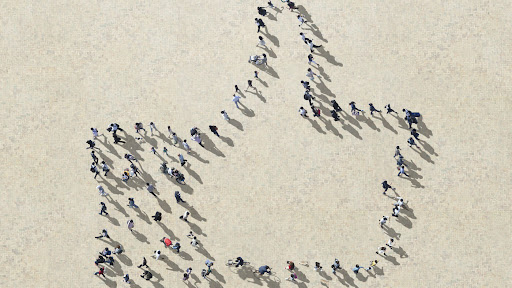 Echo! echo... echo... echo...
That's exactly what our social media feeds have become. We are living in online, self-made echo chambers. We have the freedom to choose who we see and what voices we listen to. But that's not always a good thing.
Don't get me wrong. I'm rarely more satisfied than when I hit that "unfollow" button on Facebook or Twitter. But I intentionally try to remain open to voices that challenge me and think differently than me. Many of the problems I see online stem from the fact that we are just used to everyone thinking and believing the same things we do. So when someone states an opinion or shares an article that we disagree with, we take it upon ourselves to shut down the opposing voices.
If everyone would just think like me, then the world would be much better off!
We read books by authors who think like us. We watch 24hr cable news that we agree with politically. We rid social media feeds of any so-called "friends" who would dar…
Post a Comment
KEEP READING >>

Dunning-Kruger: A Little Knowledge Is a Dangerous Thing

Have you heard of cognitive biases?

Everyone has them. If you think you don't, then that's called the Blind-Spot Bias.

In some ways we couldn't function without them. Cognitive biases are kind of like shortcuts in the brain. We take in so much information throughout the day that we have to find a quick, somewhat efficient way to make sense of it all. Add to that the fact that we are highly social beings and we desire almost above everything else to be a part of an "in group." So we will overlook and ignore some things in order to keep our own personal beliefs and actions in line with the group to which we want to belong.

I would argue that most cognitive biases are not inherently bad, so long as we recognize them and can become more aware of when we are relying on them too heavily. But if we are aren't self-aware, if we just kind of live on autopilot and let our cognitive biases take too much control, then what starts out as a shortcut can quickly turn into …
Post a Comment
KEEP READING >>
More posts