Showing posts with the label Teenagers
Show all

Jesus Called Them One By One 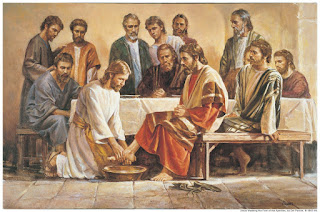 My wife and I were talking the other day about how to make the Bible more relatable to teenagers. The go-to Characters seem to be Joseph, David, and Timothy. These three started out their journey with God early in their teen years. But after awhile, these stories tend to lose their novelty and their impact.

Then we got to thinking, what about the apostles? Most of our lives, we have viewed Jesus and his apostles like this:


Not only are they white (??), but they're all old. Two even have gray beards!

But really, how old would the first disciples have been? Probably between 17-25. Barely old enough to have beards, much less gray ones!