Showing posts with the label Hagar
Show all 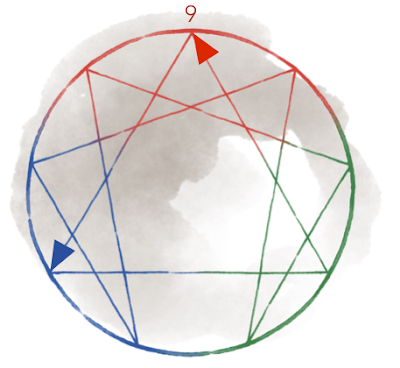 Enneagram Type Nines are typically known as the Peacemakers. Nines have the uncanny ability to see everyone's point of view at once and can join in either side of a debate. However, they usually choose to withdraw from the debate altogether because they want to avoid conflict and anything that might upset their calm.

Nines sit atop the Enneagram for a reason. It's not unusual for a Nine to have difficulty finding their type since they can relate to so many other numbers. They can understand the drive of the Three, the desire to be helpful of a Two, the skepticism of a Six, and the protectiveness of an Eight all at once.

This can be a good thing or a very bad thing. Healthy Nines make excellent mediators, able to bring two conflicting sides to the table and find common ground between them. Unhealthy Nines, however, can be crippled by the conflicting viewpoints and simply shut down, withdrawing into themselves and their own little world. If a Nine doesn't want…
Post a Comment
KEEP READING >>
More posts