Showing posts from October, 2019
Show all

John the Apostle, Doctor Who, Han Solo, and Intergenerational Discipleship 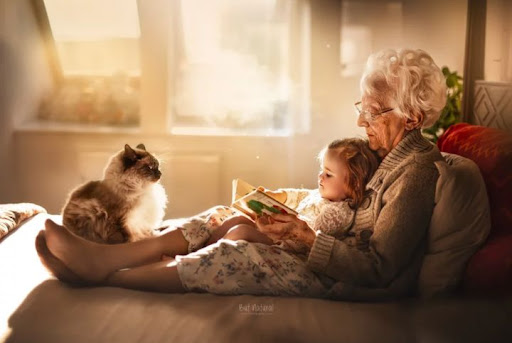 I never knew my grandparents.

I am the youngest child of two youngest children (something I coincidentally share in common with my youngest son). All of my grandparents died before I could ever really get to know them. As I get older, that reality hits a little harder. I love that my sons get to grow up knowing their grandparents.

Because it connects them to the past. A relationship with their grandparents reminds them that the world was around before them and will be here after them.


Generations fascinate me. I think there is so much we could learn from each other if we would just take a second and listen. I wish I could have had the chance to ask my grandparents what it was like to grow up in the Great Depression. Or what it was like to live through World War II. Or what church was like in the South during the Civil Rights movements of the 50s and 60s. What was is like to hear the news that President Kennedy had been shot? How did people in church respond when Martin Luther Kin…
Post a Comment
KEEP READING >>

To Meme or not to Meme?

I'm definitely no memetic expert (believe it or not, that's a real thing that exists now because internet). But I am one of those darn Millennials who's killing off all the good things your parents and grandparents tried to hard to build - like Applebee's. So I think I can speak on the issue a little bit.

I love a good meme. A GIF or a still image with a clever joke, pun, or subtitle that gives you a quick LOL before you scroll further down on Reddit. I have friends who I count on sharing some quick chuckle memes every time I hop on the Face Books.

They make for some good "Haha! Look at this!" moments, and they can really give others a glimpse into your specific brand of humor.


Harmless. No big deal. Moving on.

2015/16 happened. As a digital native, I was flabbergasted by the sudden infiltration of political memes into my otherwise mostly peaceful habitat. My entire online ecosystem was overrun with memes about Trum…
Post a Comment
KEEP READING >>
More posts