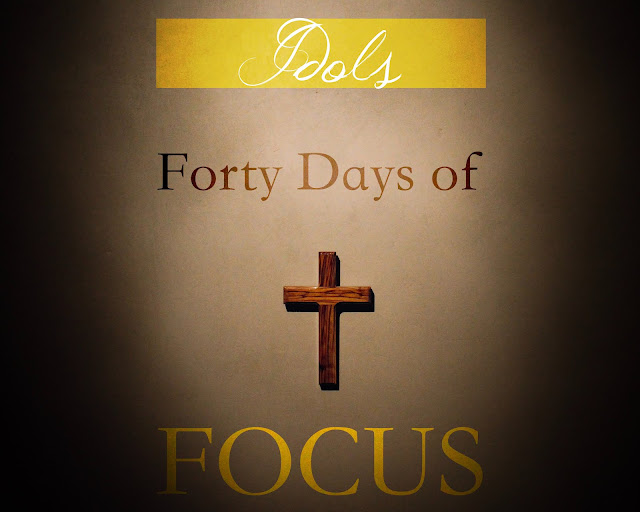 “You shall not make for yourself an image in the form of anything in heaven above or on the earth beneath or in the waters below. You shall not bow down to them or worship them; for I, the Lord your God, am a jealous God, punishing the children for the sin of the parents to the third and fourth generation of those who hate me, but showing love to a thousand generations of those who love me and keep my commandments."
(Exodus 20:4-6)

The second of the 10 Commandments is a prohibition against crafting an image of a created thing in order to bow down to or worship it. Remember, the Hebrew people have just spent many generations in the land of Egypt which was overrun with idols and images. They were everywhere! If you go to Egypt even today and look at the ancient ruins, there are temples and idols and statues and carvings everywhere you look. They depict the pharaohs and the gods, retelling their collective stories in which they found their identity.

Some pharaohs ramped it up to eleven, like Ramses II who loved him some Ramses II. He built statues and shrines to himself right alongside those of Ra and Osiris and Horus.

The question is, why?

I think there are many reasons God would give this command, but let's look at two. First, it's a little ridiculous to worship the Creator by ascribing to him an image of a created thing. Second, we already have an image of God walking around - human beings. We'll get to that more in a moment. 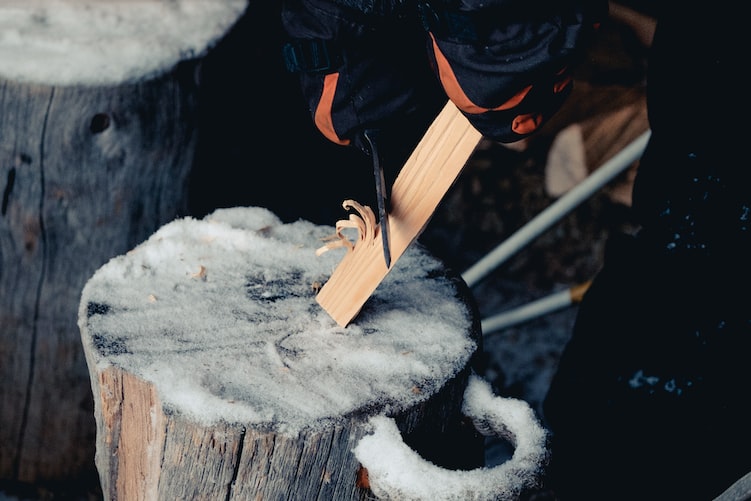 I mentioned Isaiah yesterday. I want to draw your attention to what he actually says about the lunacy of idol worship. It's a longer passage, but well worth it.


The blacksmith takes a tool
and works with it in the coals;
he shapes an idol with hammers,
he forges it with the might of his arm.
He gets hungry and loses his strength;
he drinks no water and grows faint.
The carpenter measures with a line
and makes an outline with a marker;
he roughs it out with chisels
and marks it with compasses.
He shapes it in human form,
human form in all its glory,
that it may dwell in a shrine.
He cut down cedars,
or perhaps took a cypress or oak.
He let it grow among the trees of the forest,
or planted a pine, and the rain made it grow.
It is used as fuel for burning;
some of it he takes and warms himself,
he kindles a fire and bakes bread.
But he also fashions a god and worships it;
he makes an idol and bows down to it.
Half of the wood he burns in the fire;
over it he prepares his meal,
he roasts his meat and eats his fill.
He also warms himself and says,
“Ah! I am warm; I see the fire.”
From the rest he makes a god, his idol;
he bows down to it and worships.
He prays to it and says,
“Save me! You are my god!”
They know nothing, they understand nothing;
their eyes are plastered over so they cannot see,
and their minds closed so they cannot understand.
No one stops to think,
no one has the knowledge or understanding to say,
“Half of it I used for fuel;
I even baked bread over its coals,
I roasted meat and I ate.
Shall I make a detestable thing from what is left?
Shall I bow down to a block of wood?”
Such a person feeds on ashes; a deluded heart misleads him;
he cannot save himself, or say,
“Is not this thing in my right hand a lie?”
(Isaiah 44:12-20)

But it's really difficult for us humans to focus on what we can't see. We often need something on which to fix our gaze. That's one of the attractions and also the dangers of idol worship. I heard a quote recently, but I cannot remember who originally wrote/said it: "The soul takes the shape of that which has its attention." We are an increasingly image-based culture. We communicate through emoji, gifs, and memes. We don't call or send text messages, we SnapChat and post to Instagram Stories. We don't read books, we wait for the movie. We don't read magazine articles, we watch YouTube videos. 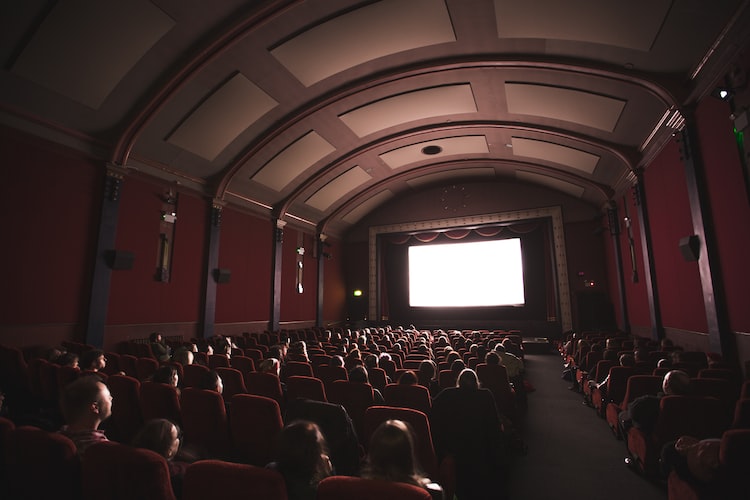 Living in an increasingly post-text, more image-based society leads us to think more strongly that "seeing is believing." You can't believe or know or experience that which you can't see. So we create our own gods and form our new religions around celebrities, sports teams, and superheroes.

Second, God already has micro-images of himself walking around. Remember on Day Six God created mankind "in his image and likeness." That makes me think about the time Jesus was at the Temple and some of the religious leaders wanted to trap him. They asked about paying taxes to Caesar. Jesus' response is brilliant.


"Show me the coin used for paying the tax.” They brought him a denarius, and he asked them, “Whose image is this? And whose inscription?”
“Caesar’s,” they replied.
Then he said to them, “So give back to Caesar what is Caesar’s, and to God what is God’s.”
(Matthew 22:19-21) 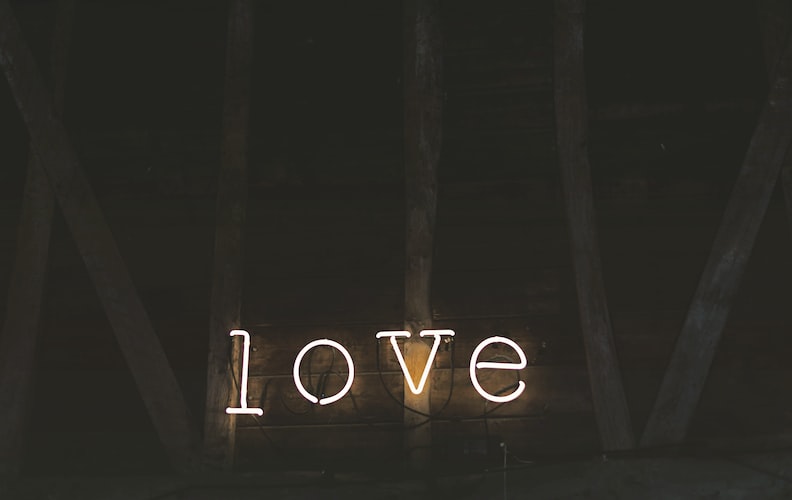 We don't need to create images to bow down to and worship as a representation of God. God has already done that work for us! Not that we worship human beings, but we see each other and know God is present among us. John words it WAY better than I can.


Dear friends, since God so loved us, we also ought to love one another. No one has ever seen God; but if we love one another, God lives in us and his love is made complete in us.
(1 John 4:11-12)

If the soul takes the shape of that which holds its attention, then let us set our attention on love. May the love we have for one another be the image of God among us. And may we together in love fix our eyes on Jesus, the ultimate representation of God with us.


The Son is the radiance of God’s glory and the exact representation of his being, sustaining all things by his powerful word. After he had provided purification for sins, he sat down at the right hand of the Majesty in heaven.
(Hebrews 1:3) 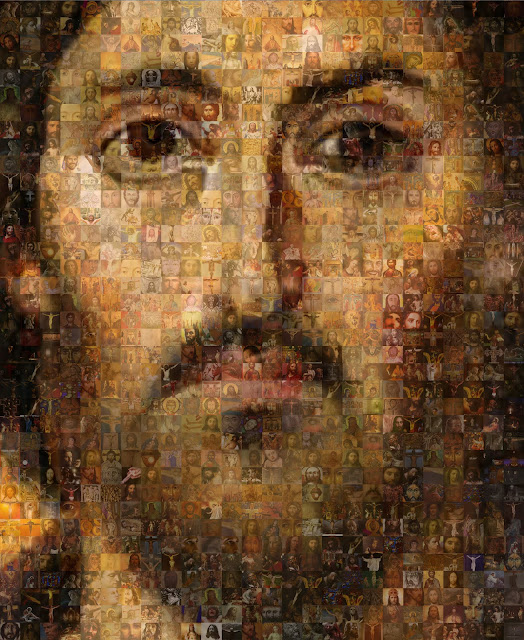 Do I think it's wrong to have paintings, sculptures, and images adorning our church buildings? No. Art can certainly direct us toward God and connect with us on an emotional level. But we must always remember that the created thing is not to be worshiped or revered as "divine."

Why do you think the visual arts are so effective at connecting with us emotionally?

Does your church building utilize art to draw people's attention to God? Or is your worship space more bland and bare? Why? How effective is it?

Why do you think humans are so prone to worship a created thing rather than their unseen Creator?
40 Days of Focus Art God idols Image Jesus Love